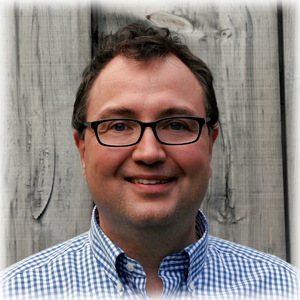 I am passionate about advancing how humans understand and interact with complex information. As a computer scientist and programmer, I process data using scientific visualization techniques and 3D computer graphics, allowing people to see previously unseen patterns. By relating data to spatial information, for example, I create interactive visual models that allow people to explore relationships between data. My enthusiasm for interdisciplinary collaboration is reflected in the range of projects I have worked on, from visualizing the uterus in labor to understand how contractions build and propagate, to allowing architects to incorporate energy simulation in the early design stage in order to build more energy efficient buildings.

I grew up in Halle, Germany and earned the degree “Diplom-Informatiker“ (comparable to M.S. in Computer Science), specializing in computer graphics and simulation, at the University of Magdeburg, in 1997. From 1997 to 2008, I was a staff member at the University of Michigan Virtual Reality Laboratory and 3D Lab. During this time, I collaborated with faculty, students, and corporate partners on a variety of virtual reality projects, including the Detroit Midfield Terminal, the world's first Virtual Football Trainer, the Network for Earthquake Engineering Simulation, and the Virtual Jet Ski Driving Simulator. In 2008, I joined the Program of Computer Graphics at Cornell University, where I developed a software framework for the Sustainable Energy Project and experiment with human computer interfaces including developing a multi-touch table. Since 2013, I have worked for a small start up BUILDlab, which has just released its first product

Apidae. The Portfolio » Projects section of my webpage has more information about these and other projects.

In the computer interface aspect of my work, I create new input devices that allow the user to interact with the computer in more suitable ways. I experiment with different kinds of sensors and microcontrollers to measure data such as coordinates, direction, acceleration, temperature, pressure, and humidity. Sometimes I just play around with robots. Fascinated by learning how things work and building my own prototypes, I try to support the do-it-yourself community by documenting some of the projects I have worked on in the Learn » Make section of my webpage, as time permits.

In my free time, I enjoy traveling and photography. You can view some of my photos in the Data » Pictures section.

I live with my wife, Tamar, and our daughter in Rochester, New York.